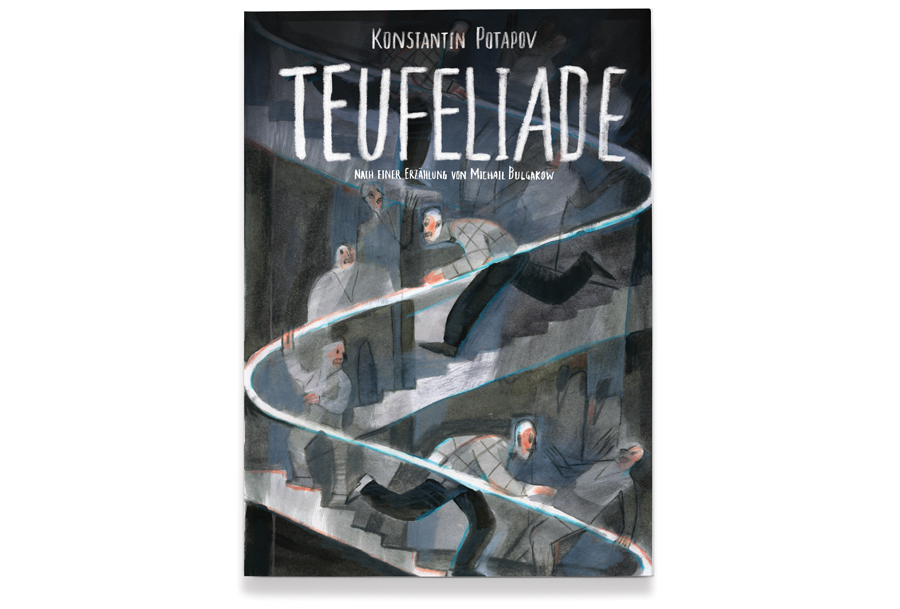 “Deviltries” is a dystopian graphic novel, adaptation from a novel by Mikhail Bulgakov.

The protagonist is an ordinary man who works as an employee in a meaningless company at a meaningless job. Some might say a “crap job”. But several improbable missteps and a series of strange circumstances suddenly turn his world upside down. Dismissed for misconduct, he loses his status, his composure and even his identity. All this in a mad dash through the floors of bureaucratic hell, and over the breathless graphics of the novel’s pages. Finally, the loss of his ID card suddenly makes him invisible, even non-existent to the world.

The more he tries to regain his position and status, the more he loses control of events. His journey through the different floors of the infernal machine then begins. He meets different characters, some realistic, others fantastic. In what becomes a chase between the different protagonists, he loses himself little by little until he forgets his own name. The protagonist experiences this as if in a delirium and the action finally speeds up uncontrollably. The line between reality and illusion finally blurs and he must finally be sacrificed to the machine.